Hi Members and Friends,
It was an appropriately lovely day (Sat 24th April 2021) for “Owen’s Surprise,” where about twenty kayakers appeared from the north, (Rathmines), to land at the grassed area adjacent to “Little Wangi Public Wharf.”
Anne had arranged for Owen to be suitably positioned to witness the “landing!”
It is about a year since his unfortunate mountain bike accident, necessitating his reliance on the wheelchair, and Anne, and other services.
I believe he was suitably surprised, and obviously appreciative and moved, by our show of support for him and Anne.
Thank you, Russell Brown, for arranging the surprise, and inviting all to participate.
We were advised to bring our morning tea, but there was an abundance of delicious fare available – supplied by the many supporters who had arrived on foot.
There were representatives from Hunter Valley Paddlesports Club, Newy Paddlers, NSW Sea Kayak Club, Central Coast Paddlers and familiar faces from years ago, whose names I have forgotten.
We wish both Anne and Owen continued good health.
Kind regards,
Nick Naughton,
Secretary,
CCP. 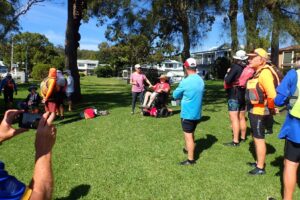 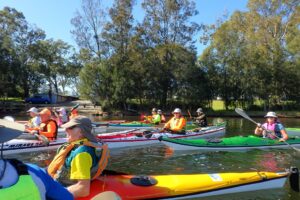 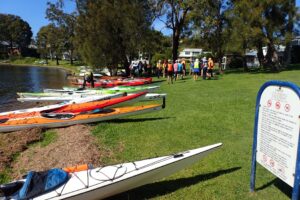 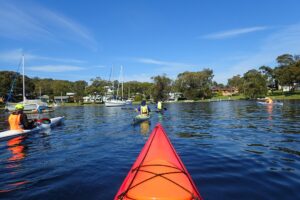 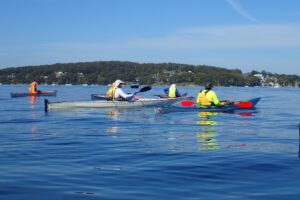 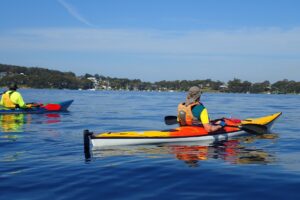 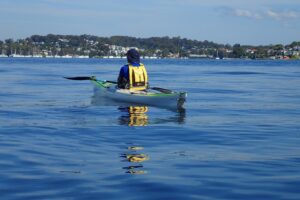 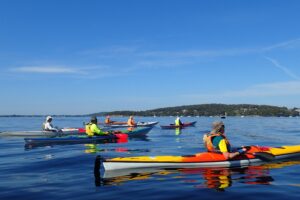 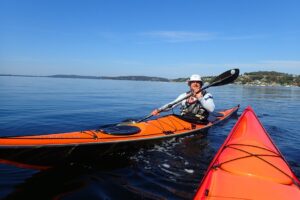 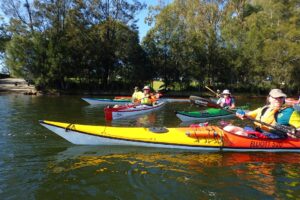 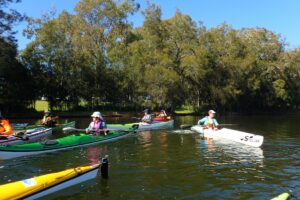